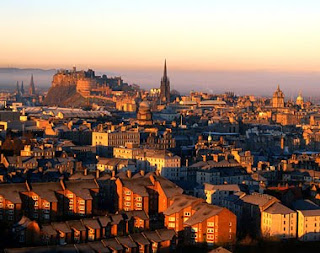 Edinburgh is the capital city of Scotland. It is the second largest city in Scotland and the seventh-most populous in the United Kingdom.

Edinburgh has a large number of pubs, clubs and restaurants. The traditional areas were the Grassmarket, Lothian Road and surrounding streets, Rose Street and its surrounds and the Bridges. In recent years George Street in the New Town has grown in prominence, with a large number of new, upmarket public houses and nightclubs opening, along with a number on the parallel Queen Street. Stockbridge and the waterfront at Leith are also increasingly fashionable areas, with a number of pubs, clubs and restaurants.