Pizza and other takeaways in Liverpool 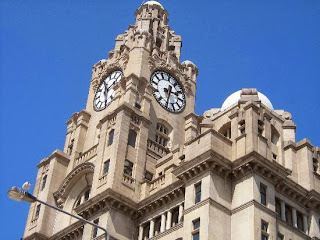 Liverpool a largest city in Merseyside, England with over half a million people living in the city these days and more than a million in the whole of the Merseyside.

Liverpool has a thriving and varied nightlife, with the majority of the city's late night bars, pubs, takeaways, nightclubs, live music venues and comedy clubs being located in a number of distinct districts. A 2011 TripAdvisor poll voted Liverpool as having the best nightlife of any UK city, ahead of Manchester, Leeds and even London.

There's also that rivalry between Anfield and Everton that divides the city into two halves.
Posted by Food Guru at 17:20